She’s eight years old and she spends her recess time hunting for fossilized shark teeth on the playground. Her name is Olivia McConnell and she LOVES science.

When Olivia found out that her home state, South Carolina, had an official state bird, a state tree, and even a state spider but no official state fossil, she went to work.

Olivia knew that one of the first fossils ever discovered in North America was an ancient woolly mammoth, dug up from a South Carolina swamp in 1725. Olivia wrote Governor Nikki Haley and other state lawmakers and made the case for the woolly mammoth.

I wanted it to be the state fossil because I didn’t want that history to be lost, and our state to not get credit for it.

Olivia’s state senator thought it was a great idea and started a bill through the senate, expecting it to fly through.
Not so fast, little miss.

The bill is currently stalled in a House committee. Several state lawmakers are balking because the bill is not consistent with a literal reading of Genesis.

The woolly mammoth is designated as the official state fossil of South Carolina.

And here is the most recent (April 9) version of the bill that came out of committee:

This latest iteration was voted down, so for now, South Carolina still has no state fossil. But Olivia is not deterred – she has vowed to fight on. Olivia says she will keep lobbying until she’s “23 or even 40” in the quest to have South Carolina join the majority of other states with paleo symbols. (By the way – Texas has two: a state dinosaur, Pleurocoelus and the state stone, petrified palm wood).

Coming to a Theater Near You

On September 26, A Matter of Faith is scheduled to hit the theaters.

Here’s what we know from the movie trailer: Wistful dad says one of the hardest things for a father to do is “send your little girl off to college”. College girl is loving life, especially her classes, especially her biology professor.

Concerned dad researches daughter’s professors.
Dad meets with the dean, and in a tone of voice usually reserved for revealing the true identity of a super-villain, dad says (cue ominous music):

The guy’s an evolutionist!

Dad goes on to say that “nothing in the whole course description says that Biblical creation is even a plausible alternative”.

This film does not have the big names of Noah or Heaven Is For Real, but it will most likely gather a following. A Matter of Faith will appeal to the demographic who liked Fireproof, God’s Not Dead, and Facing the Giants – Christians who want to see family-friendly, God-honoring movies at an actual cineplex.
Christians will be encouraged to support the film so “Hollywood will make more movies like that”. The target audience is committed believers.

For eighty-nine minutes, viewers will be submerged in the concept that science (and specifically evolution) is the enemy of faith, sweetly played out on the big screen.

Ken Ham and Answers in Genesis are promoting this film big-time. Several AIG staff have consulted or previewed the movie.
Here’s Ken Ham:

Atheists and compromising Christians are going to hate A Matter of Faith! It’s a great new movie!

Rachel Held Evans, in her faith memoir Evolving in Monkey Town (recently rereleased as Faith Unraveled) described the fear she felt as she faced the first cracks in her “worldview”, a worldview in which she had a ready (Biblical) answer for everything.

If all truth is God’s truth, then why are we so afraid to confront the mountains of scientific evidence in support of evolution?

It probably wouldn’t have quite the flamboyance of a sharknado or the white-knuckleness of snakes on planes, but I don’t think there has been a man-against-nature movie made about the actual “world’s deadliest animal”: the mosquito.
Mosquitoes kill 725,000 people a year.
Snakes kill 50,000 people per year and sharks a paltry ten (yet they get their own TV week).

In a cool graphic posted by Bill Gates, the world’s deadliest animals are charted by number of people killed per year. Among the four-legged animals we know best, “man’s best friend” comes in first – killing 25,000 people a year. Second place? – the hippopotamus at 500/year (still want one for Christmas?).

Mosquitoes (Spanish for “little fly”) threaten half of the world’s population with death and disease. Malaria is the worst, killing 600,000 people every year. Many non-profits and faith-based organizations provide opportunities to purchase a $10 mosquito net, a simple and effective yet often unavailable tool in the fight against malaria.

In his Gates Notes on World Malaria Day (April 25), Bill Gates focused on the deadly mosquito and what is being done to combat mosquito-borne disease. For example, in Indonesia, dengue fever is being fought by inoculating the mosquitoes, not people. 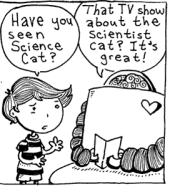