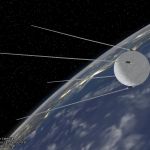 Elizabeth Gilbert, bestselling author of Eat, Pray, Love recently published a new novel – The Signature of All Things. The book is fictional, but the historical setting is not. The book follows a ninete

enth century female botanist, Alma Whittaker.  Through her own observation, collection, and study, Alma, like many natural scientists of her day, came to understand that life on earth had changed drastically – evolved – over time.

Here’s the catch – the fictional Alma (and her non-fictional counterparts upon whom she was modeled) – lived and worked before Darwin.

Prior to Darwin’s Origin of Species in 1859, the idea of the development and evolution of living things over time was widely discussed – and accepted – by scientists and natural philosophers. What Darwin did was to articulate the process (natural section) by which these changes occurred.

The vast amounts of time needed for evolution was not initially a sticking point for Christians. The idea of a very old earth was widely accepted before Darwin, even among conservative Christians. Advances in geologic science and a rapidly growing roster of fossils pointed to an ancient earth – and nobody was really upset about it. For most Christians, an old earth did not contradict the Genesis creation story.

An old earth was usually reconciled with a literal reading of Genesis in one of two ways: the day-age theory or the gap theory. Day-age theory said that the “days” of Genesis were not 24-hour days, but instead were epochs of geological time. Gap theory said that there was a great gap of time between God’s creation of the heavens and the earth and the creation week found in Genesis. In light of scientific data, many nineteenth-century Christians adjusted their reading of Genesis without widespread upset.

Reaction to Darwin – Then and Now

Initially, Christian opposition to evolution was focused in two areas.

The non-directed (random) nature of the evolutionary process was seen as purposeless and without meaning. Actually, the thought of animals and plants evolving was far less offensive to most Christians than the thought of a “meaningless” process.

The second point of opposition lay in the biblical scholarship battles of the day. Because religious modernists (the “liberals”) tended to be captivated by new science discoveries, they also tended to accept evolution. The very fact that liberals tended to accept evolution was reason enough for many Christians to deny it. Even so, by the end of the nineteenth century the evolution of species (except humans) was accepted by many Christians, including several conservative theologians.

Practically no one was arguing for a very young earth except the Seventh-Day Adventists, whose founder claimed a vision revealed to her that Noah’s flood was responsible for fossils.

George MacCready Price, a self-taught geologist and a Seventh-Day Adventist, expanded the flood explanation in a series of

books in the early part of the twentieth century. In 1961, the flood/fossil idea was updated and was published in what would become the centerpiece book of the young-earth-creation-science movement: The Genesis Flood. Because of Sputnik (1959) and the subsequent push for improved science education in American schools, evolution as a topic began to appear in earnest in science text books.

In response, The Genesis Flood school of thought caught fire and took off.

It soon became a matter of Christian orthodoxy to deny evolution and an old earth.

Groups like Answers in Genesis and The Institute for Creation Research have advocated “teaching the alternative” or  “teaching the controversy” (young earth/special creation/fossils from the flood VS evolution) in schools. 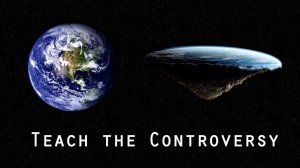 What Are the Challenges to Evolution?

Some questions about evolution were problems at one point, but have now been fully resolved. Not long after Darwin, physicists argued that the earth was only about 100 million years old, not nearly enough time for evolution to have produced the current variation in living things. It was assumed at that time that the earth began in a molten state and had been cooling ever since. Analysis of the rate of cooling from the heat remaining in the ground (volcanoes, geysers) revealed that the earth could not possibly be billions of years old (Language of Science and Faith, p. 162). Not long afterwards, radiation was discovered. Radiation has been releasing heat into the earth since the earth began, countering the cooling process. Radioactive elements are also a very reliable natural clock – because we know the amount of time needed for one element to decay into another, we can determine the age of rocks.

Long-resolved challenges to evolution like this are now only problems for those who are not current with scientific literature or who do not respect the literature.

Some questions about evolution are not really problems at all, but are premised on misunderstandings of science. A common argument against evolution is that evolutionary theory breaks the second law of thermodynamics. The second law states that everything becomes disordered over time. We see examples in everyday life – cars don’t get newer, they rust and corrode. Fruit doesn’t get fresher, it decays. Evolution seems to say just the opposite – simple, primitive cells evolved into the brilliant complexities of modern organisms.

Here’s the important part – the part that is misunderstood: the second law says that disorder increases in an isolated system. Almost every system in nature has input from the outside. Input from outside a system can produce order.

Go to any elementary school science fair and I promise that right next to the kid who investigated “playing rock music vs. classical music to potted plants” you’ll find a junior scientist “investigating” what happens when you grow plants under a box in the dark. Take away the outside input, and the plant starts to decay – it becomes “disordered”.

Interesting to note that as the sun produces the energy that is used by plants to become more ordered, the sun itself is becoming more disordered.

As evolution unfolds on earth the sun becomes increasingly disordered and the total order of the solar system and the universe is still decreasing (Language of Science and Faith, p. 167).

Biological systems (living things) are not isolated systems, so the second law does not apply to them.

Some questions about evolution are unanswered…so far. Probably the most concerning unanswered question is about the origin of life itself. Evolution theory explains the development of life on earth. Evolution theory says nothing about the origin of life – that is a separate question. Scientists have a pretty good idea about when life appeared on earth (about four billion years ago) but no agreement on the how.

But – just because we don’t have a science explanation for how life emerged today does not mean that we won’t have one tomorrow. It is tempting to put God in our gap of knowledge: since we don’t know how life began on earth, it must have been a special miraculous intervention by God. Then what happens if tomorrow’s headlines announce that scientists have discovered how life began? Is all lost for believers in God?

If (or when) the origins of life are found, we will not have disproved God; we will have discovered the mechanism by which God brought life about on earth.

…God’s original and elegant plan for the universe may well have included the potential for life to arise without necessarily requiring later “supernatural” engineering to jumpstart the process. In this view, God’s sustaining creative presence undergirds all of life’s history from the beginning to the present (Language of Science and Faith, p.175).

Side note: Last week, Dr. Giberson, one of the co-authors of The Language of Science and Faith, debated a young earth creationist in an event sponsored by the Center for Creation Studies.

This series is a chapter by chapter discussion of The Language of Science and Faith by Karl W. Giberson and Francis S. Collins, with my commentary and my observations.