Apparently the universe knew we were coming.

Freeman Dyson, one of the greatest physicists of the twentieth century, said this about the physical laws of the universe:

The more I examine the universe, and the details of its architecture, the more evidence I find that the Universe in some sense must have known we were coming (The Language of Science and Faith, p. 195).

The physical laws of the universe appear to be designed precisely to support life. In addition, the beginning of it all – the Big Bang – appears to have transpired precisely in a way that would result in life.

Nobody debates this fact – the universe is finely tuned to support the appearance and the development of life.

What is the “fine tuning” of the universe?

There are a myriad of constants in our universe. These constants are numerical values that always hold true – for example, the speed of light.

If any one these myriad factors – the constants or the forces – differed even slightly from their actual values, life in the universe would be impossible. 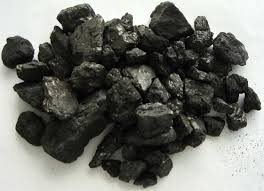 The most important building block of life is the element carbon. Carbon, present in all living things and absolutely essential to life, is a highly improbably element.

But before we talk about carbon – the building block of life – we need to first talk about stars.

Most of the heavy elements in the universe were formed in stars through a process called fusion. Fusion happens when two or more atomic nuclei collide at a very high speed to create a new, heavier element. When fusion occurs, energy is released. Fusion is what fuels the stars and makes them shine:

Twinkle Twinkle Little Star
I know exactly what you are

Fusing atoms in your core
Hydrogen, helium, carbon and more
With such power you shine far
Twinkle twinkle little star

Stars are primarily composed of the lightest element, hydrogen. 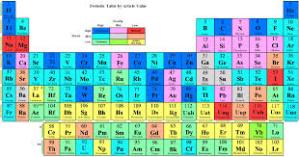 Some fusions are much more improbable – carbon is one example. In order for carbon to form, three helium atoms have to collide and fuse. And if that wasn’t hard enough, energy levels in the colliding atoms must match up in order to form carbon. If three helium atoms happened to collide under normal circumstances, the energy levels would not match up. The helium atoms wouldn’t stick together and the atoms would fly apart before they could actually form an atom of carbon. In the production of carbon, the strong nuclear forces and the electromagnetic forces collaborate in a delicate-just-so dance, working together in a collaborative way that allows an improbable window of opportunity for the helium atoms to stick together and form an atom of carbon.

The slightest change to either the strong or electromagnetic forces alters the relevant energy levels, resulting in greatly reduced production of carbon. And carbon, of course is essential to life, so reducing its production dramatically reduces the probability that the universe will turn out to be habitable (p. 182).

Fred Hoyle, one of the twentieth century’s most renowned scientists, called this phenomenon the carbon resonance.

A commonsense interpretation of the facts suggests that a super-intellect has monkeyed with physics, as well as with chemistry and biology, and there are no blind forces worth speaking of in nature. The numbers one calculates from the facts seem to me so overwhelming as to put this conclusion almost beyond question. (Language of Science and Faith, p.182).

(Here’s an interesting side note to the Hoyle quote – Hoyle was an agnostic and in no way wanted to invoke God as an explanation.)

Immediately after the big bang, all matter was randomly distributed – no stars or planets – just individual atoms swirling about in the darkness of space.

As matter expanded, gravity began to tug on matter, clumping it into bits, then bigger bits, and bigger. Eventually, matter clumped together as stars and galaxies.

No planets, no life.

Goldilocks and the Big Bang. Just after the bang of the big bang, things proceeded in a way that would pave the way for life. For example, if the rate of expansion had been greater, matter would have been so diffuse (spread out) that gravity would not have been strong enough to gather matter together into stars and galaxies. If the rate of expansion had been any slower, gravity would have pulled everything back into a black hole. The expansion rate was “just right” – just like Goldilock’s porridge – not too fast, not too slow.

Can We Explain Fine-Tuning Without God?

Because humans exist, the laws of nature are obviously conducive to life. Otherwise, no one would be around to notice.

This is typically the rationale given by those in the “no God” camp. But is it a satisfying explanation?

Here’s an analogy given by philosopher John Leslie (Language of Science and Faith, p. 187): Suppose you are to be executed by firing squad. There you stand, blindfolded, and all of the guns fire. Every shooter misses, and you survive.

What do you think about your situation?

Do you think: Well of course all of the shots missed. Otherwise, I wouldn’t be here to notice that I am still alive.

Or do you suspect that something’s up? Something went on behind the scenes? A plot to save you, maybe? Why might such an unlikely event occur?

Our universe appears to have something that went on “behind the scenes”. Intellectual curiosity should lead us to at least consider explanations as to why so many unlikely events converged at the instant of the big bang.

Inflation is another God-free explanation for the apparent fine-tuning of the universe, but this theory simply pushes the fine tuning back a step, it doesn’t eliminate it.

Finally, there is the multiverse explanation. This explanation says that there are an infinite number of universes with infinite combinations of conditions and this is the one we happen to live in. There is not wide-spread support for this idea. Interestingly, Stephen Hawking has said that the multiverse idea is really the only way around the apparent fine tuning of the universe.

Obviously we can’t prove God, but the fine-tuning of the universe definitely points to a Designer/Creator.  Giberson and Collins (p.190) enthusiastically endorse the idea that the universe is intelligently designed (not to be confused with the “Intelligent Design theory” that opposes evolution). The numerous forces, conditions, and constants that must be “just so” provide a compelling argument that a Creator brought matter into existence, governed by finely-tuned natural laws, resulting in a universe where life could develop and thrive.

Modern scientific understanding of physical laws and constants were not what the psalmist had in mind when he wrote:

Creation is maintained by your rulings, since all things are your servants (119:89-91 JB),

nor was Paul speaking as a physicist when he described the Creator-Christ as the one who holds all creation together (Colossians 1:17).

Science can define, observe, describe and articulate natural laws; this does not diminish God as the author and sustainer of those laws.

This series is a chapter by chapter discussion of The Language of Science and Faith by Karl W. Giberson and Francis S. Collins, with my commentary and my observations.