Is there a topic more threatening to evangelicals than evolution?

Many evangelicals are convinced that evolution theory threatens to undermine – even dismantle – core beliefs about the Bible and Christian theology. Evangelical churches tend to fall somewhere on a continuum between an unspoken but default anti-evolution stance on one end and a Ken Ham-style all-out war on the other.

A Gallup Poll (2014) found that 69% of Americans who attend church weekly believe that humans were created in their present form within the last 10,000 years. Weekly church attenders are mostly evangelicals.

How I Changed My Mind About Evolution is a collection of twenty-five short faith memoirs – first-hand accounts from practicing evangelicals. All but one in the group are theologians (academics and/or pastors) or scientists (academics, researchers, editors). Their backgrounds are varied – cradle Christians to atheists/agnostics. All but one came to faith in an evangelical tradition. Most initially embraced the literal Genesis interpretation of their faith mentors or faith tradition.

Several writers described a personal “road to Damascus” experience on their way to acceptance of evolution theory – their study of origins began as a search for ammunition in a culture war against evolution (a war which is, as N. T. Wright points out, primarily fought in America).

The group includes a history-making, world-renown research scientist (Francis Collins), a best-selling author (Scot McKnight), and many other names you might recognize.

The journey to accepting evolution theory was often incremental and usually included a time of closeted acceptance of evolution. A first step for several writers was exposure to books and conversations outside their own faith “tribes”. The exposure was sometimes initially threatening, but eventually embraced:

How could I have never heard about these things? (p. 182)

Interestingly, tools of the trade used by several of the writers in their vocations were repurposed in their journey to acceptance of evolution theory. For example, in his fundamentalist seminary education, Scot McKnight was trained to read the Bible for himself, to sort out the evidence, and to base his beliefs on the evidence alone. McKnight calls this the “hermeneutical equivalent of the scientific method” (p. 31), and he eventually applied this “hermeneutic” to the scientific evidence of origins.

Likewise, an analytic philosopher applied a tool of philosophy – there are things that are true independent of what we think about the matter – and concluded that all truth is God’s truth.

The backgrounds and stories vary, but common themes wind their way through the memoirs.

So what changed their minds?

“What else did the church lie to me about?”

Raised in a church and Christian school where a young earth was truth and evolution was a lie, she was devastated after she encountered a thoughtful and reasoned explanation of evolution in a university science course. Her parents (members of one writer’s church) were thankful that she was willing to have a conversation, given that the church’s perceived rejection of science is a primary reason eighteen to thirty-year-olds abandon their faith.

The most pervasive theme in this collection of faith memoirs was a realization of personal intellectual dishonesty. The historical and scientific gymnastics required in order to make empirical evidence “fit” a young earth, a literal Genesis, or the claims of the intelligent design movement eventually became harder than accepting the scientific evidence.

As an undergraduate, pastor and developmental psychologist Daniel M. Harrell felt the tension. He chose astronomy as his one required science course, hoping to avoid the “indictments of fossils and DNA”. But stars don’t lie about their age, and Harrell soon went scrambling for a “trick” to combat the cognitive dissonance he felt. His campus minister provided the solution: all evidences of evolution and an old earth are simply “appearances” – the earth only “appears” to be old, for instance. This solution worked through college, seminary, and a Ph.D. program, but eventually the tricks collapsed and the cognitive dissonance returned with force.

Harrell concluded that not only did the “appearances trick” collapse under the evidence, but it also failed theologically.

… it seemed to portray God as an intentional deceiver. This would never do. (p. 126)

Several writers recalled belief (encouraged by their faith communities) in a vast, world-wide scientific conspiracy. Scientists and atheists (aren’t they really the same?) were in cahoots to deceive the world:

One writer recalled a poster mocking human evolution hanging in her Christian school’s science classroom. She recalled how she and her twelve-year-old classmates were smug in the knowledge that they knew something that all the scientists in the world didn’t.

Eventually, the overwhelming evidence for evolution and an old earth overcame the science-denying mental gymnastics:

Conspiracy theories about scientists piecing together ordinary bits of bone to make dinosaurs or relying on faulty radio-carbon dating techniques to argue that the earth was hundreds of millions of years old became increasingly absurd once I got to know science and scientists firsthand. (p. 140)

One writer, raised by her atheist father to approach the cosmos with unbridled awe and wonder, came to science before she came to faith:

… the young-earth argument didn’t seem to align with the ever-expansiveness I had experienced with God . . . As I read the arguments that the earth must be only several thousand years old . . . I felt less in awe of our Creator, not a greater sense of glorious mystery . . . (p. 156)

A prevalent theme in the memoirs is a “rethinking” of traditional evangelical theology. Primarily, what do we do with with Adam? Does Christian theology require a literal, historical, and unique Adam?

How is God “originator” and “creator” in a naturalistic process?

Some writers elaborated their thoughts on these questions; others confessed to an ongoing wrestling match with theology despite their acceptance of evolution theory. One writer eloquently encouraged patience in the “hard work of learning” (p. 88).

Here’s how another writer put it:

. . . if all truth is God’s truth, then in principle our understanding of Scripture and truth are compatible, even if the precise manner in which they are compatible may not always be clear to us . . .  (p. 81)

Probably the greatest resource used by the writers in rethinking traditional interpretations of Genesis was the historical and archeological evidence from ancient near-eastern cultures – the cultural ancestors and cultural neighbors of ancient Israel.

Creation stories and flood stories that far predate the Genesis stories demanded attention. Setting ancient Israel within its cultural, historical, and literary contexts removed obstacles to acceptance of evolution theory for many writers.

Sadly, an all-too-common event in the memoirs was a broken relationship of some sort.

A wealthy donor threatened to pull support from a seminary if a professor who was critical of the intelligent design movement was given tenure.

A successful, tenured professor was forced out because he refused to publicly support a new anti-evolution university faith statement.

Even Francis Collins was not immune. He definitely felt the love in the room when he spoke to a national group of Christian physicians.

. . . I mentioned how overwhelming the scientific evidence for evolution is, and suggested that in my view evolution might be God’s elegant plan for creating humankind. The warmth left the room. So did some of the attendees, literally walking out, shaking their heads in dismay. (p. 71)

How I Changed My Mind About Evolution hits the best of both worlds – it is readable and user-friendly, but doesn’t skimp on the science or theology. It’s a book I read with lots of “me, toos!”.

I, too, felt a conflict between what I was learning in public school and in college and what was held as the de facto origins position of my faith “tribe”.

Author and speaker John Clayton, an atheist convert to Christianity, was the first to give me “permission” to think outside my evolution box. As a geologist, Clayton rejected the idea of a young earth. I do not accept Clayton’s intelligent design explanations, but I am thankful he pushed my thinking.

On to the big guns: after Kenneth Miller (Finding Darwin’s God, Only a Theory), Francis Collins (The Language of God), and Darrel Falk (Coming to Peace with Science), there was no turning back.

For an in-depth look at the origin and flood stories of the ancient near east, Old Testament scholar Peter Enns (The Evolution of Adam, Inspiration and Incarnation) is my go-to.

For a very user-friendly introduction to the science and theology of origins, read Reconciling the Bible and Science: A Primer on the Two Books of God (Mitchell and Blackard). 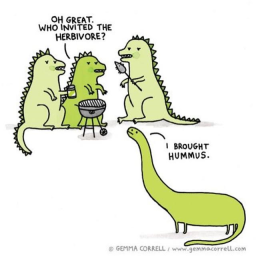