Mary Lou Bruner is scared of a lot of things, but she is particularly fearful of evolution.

Mrs. Bruner is a 2016 candidate for the Texas State Board of Education – the people who pick our kids’ textbooks. 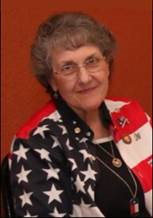 She has a strong resume and is definitely a viable candidate.  And we certainly know her opinions on All Things Education – she has been particularly prolific on social media over the years. (Mrs. Bruner recently scrubbed her Facebook, but not before a multitude of screenshots were picked up by several websites, in Texas and beyond.)

In a 2013 letter to the Texas State Board of Education, Mrs. Bruner warned of the direness to follow if the board allowed the teaching of evolution to Texas schoolchildren.

Evolution is “propaganda supporting the religion of Atheism”.

Evolution is “demoralizing our nation”.

Evolution causes us to reconsider “the purpose of public education”.  Mrs. Bruner also believes that teaching evolution is behind the rash of school shootings.

(Mrs. Bruner is not afraid of dinosaurs, but she does believe that there were baby dinos on Noah’s ark). 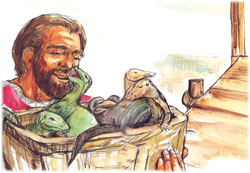 Evolution is not a scary story from which to shield our kids – or anyone, for that matter. Evolution is, however, often difficult to understand. Misconceptions abound and usually drive reluctance and fearfulness.

Grandmother Fish: A Child’s First Book of Evolution is a new hardcover picture book, originally a Kickstarter project. Macmillan has just announced that they have picked up Grandmother Fish and will publish the second edition in September 2016. It is delightfully illustrated and the science is solid. 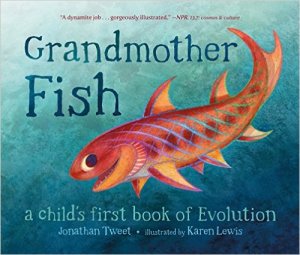 Grandmother Fish is written for children – preschoolers actually – but my hunch is that adults were the primary target. Far from scary, Grandmother Fish is the story of us – it is a beautiful, sweeping picture of our place on the great tree of life.

Grandmother Fish had many grandchildren – they could wiggle and chomp. We had other grandmothers, too: Grandmother Reptile could crawl and breathe air. Grandmother Mammal could cuddle and squeak. Grandmother Ape could grab and hoot. We breathe air, move, and use our hands because in our human family tree were relatives from whom we inherited those traits.

Granted, our school board candidate is extreme in her fear of evolution – but she is not alone in her belief that evolution excludes faith and belief in God.

When the writers of Genesis told the story of creation, God was central: originator, sustainer, and lover. Yet, the “mechanics” of it all were completely within the only origins framework they knew – ancient near-eastern explanations of How It All Started. Old Testament writers were millennia away from the framework of modern science. It is no surprise then, that although God is central in the biblical story, the “mechanics” framework is the same as other ancient near-eastern cultures (I’ve written about Genesis and the near-eastern creation stories here and here).

Leonard Vander Zee has done just that. New this month at BioLogos: “The Big Story”. 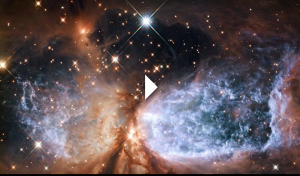 Using sweeping poetic language similar to the creation poetry of Psalms, Job, and Genesis, Vander Zee recounts the story of creation using the scientific knowledge the ancients did not have.

It is stunning – you can watch the video clip (it isn’t long, just under twelve minutes) and you can also read the transcript, but watch Vander Zee – the spoken poetry is beautiful.

Brains grew, capabilities advanced, until finally, a creature appeared with something entirely new: Human Consciousness. And God’s breath, the Holy Spirit, breathed into these conscious creatures, and they knew God, the creator of all. They stood tall and free, eyes shining with excitement and wonder before their Creator (“The Big Story).